The Enchanted Crossroads by Dora Blume 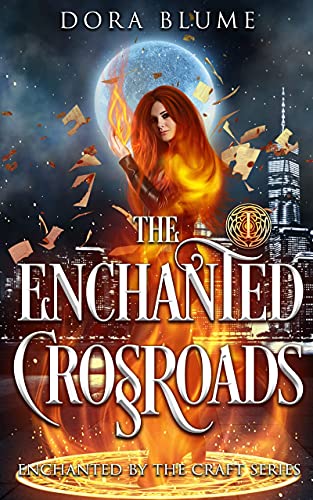 The Enchanted Crossroads by Dora Blume

A Vengeful God. An army of evil warlocks. An inexperienced witch, the world's only hope... Kaira's life was going according to plan until the death of her mother revealed a world-shattering secret. She was a witch. To save the world, Kaira’s going to have to find the sisters she didn’t know existed with powers she doesn’t know how to use. Leif, the driven coven leader, rescues her from the warlocks trying to kill her. Their spark is instant. He’ll teach her how to be a witch if they don’t let their romance get in the way. Armed with her new skills, aided by her love interest Leif, Kaira embarks on a quest to find her siblings and save the world! 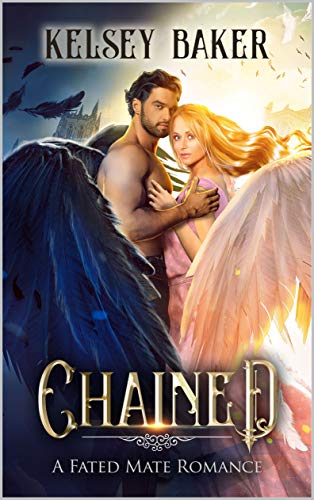 ~E~ Fate is a grade-A royal jerk. I’m too young for this... Mates are supposed to be a rarity dang it. No this isn’t happening. I won’t let it happen. I’m supposed to be free, the only one not born to serve. One seductive brooding man isn’t about to change that... right? Right. Now I just need to get him to stop undressing me with his eyes. ~C~ He called her a gift, trying to claim credit for what Fate has provided me. She’s hardheaded, brazen, and has a constant need to disobey me, but the burning desire I have for her veils it all. She thinks she has a choice; thinks the fever can be denied. Stubborn little minx, soon enough, she’ll be begging to be mine. 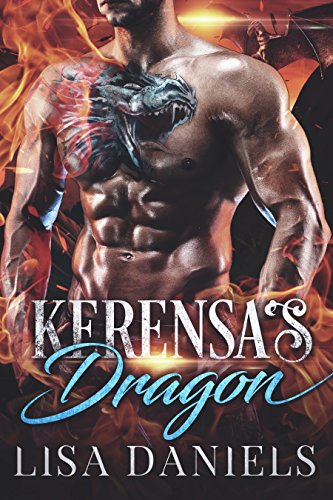 She is curious as to what life is like outside of a gilded cage. Is the dashing foreigner an asset or a liability? Growing up in a wealthy, noble family was not the kind of life that ever suited Kerensa. Dressed as a young man, she now has the chance to find out what she is capable of intellectually without the restrictions of her gender and class. Then she meets Heath. He is a dashing, handsome young man from the wealth and insular country known only as Vetitum. Her nation, Volsci, suffered a smashing defeat against them over 100 years ago, and ever since it has been all but forbidden to discuss the place. Now she has the opportunity to learn about not only an exotic, frozen land, but to find out about the war. Heath is not only obliging, he helps her learn how to act more mannish so that her disguise is not ruined. The question is, what does he want? She already knows that no noble man offers help without expecting something in return.

$2.99 FREE!
Deal available through Jun 23(Price may have changed)

Katie’s Date with an Alpha: A Dating Agency Romance by Lisa Daniels 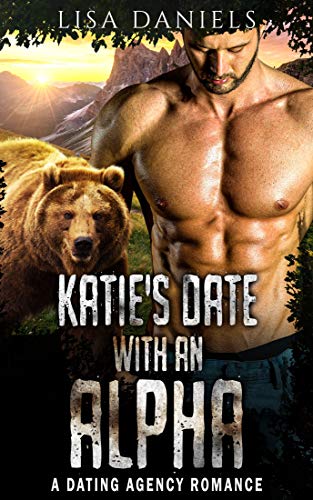 Katie's Date with an Alpha: A Dating Agency Romance by Lisa Daniels

I wanted to show my sister up at the wedding. So I hired a bear shifter to help. It was more of a whim, hiring him from the dating agency. After all the hell my sister Rachel put everyone through, enough was enough. She needed to get off her high horse. Stop trying to ask guests for money, and get angry because none of them wanted to pay for her wedding on the other side of the world. Best way to humiliate someone like her? Have a hot guy at my side. One clearly wealthy, with connections and alpha energy, and he’s so damn handsome, she’d never pay a second of attention to her husband. A bear shifter, just to add that little cherry on the top. Trouble is, Travis has taken all my attention now. He’s everything I’ve ever wanted… and he’s out of my reach.

$0.99
Deal available through Jun 23(Price may have changed) 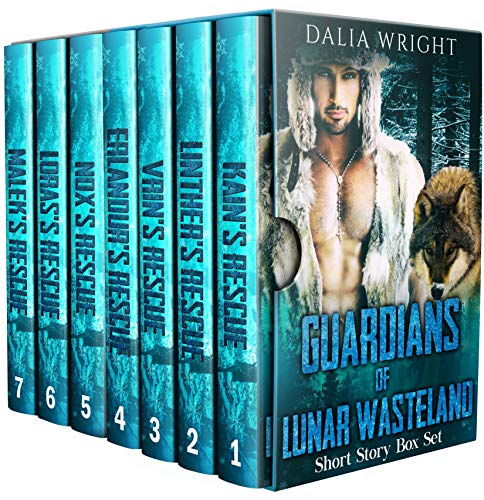 In the Lunar Wastes, there is a mystery waiting to be solved. A deadly enemy that seems to originate from the cold plains. A guardian race that routinely sacrifices all to stop the Shadows from swarming and destroying everything they touch. And a small group of hero wolves and witches, who seek to solve the mysteries, and end the threat once and for all… boosted by intense passion and new love. Kain’s Rescue: Alyssa Malgrave is searching for her brother. He’s been missing for four years, and she’s been trying to pick up his trail – which leads to the Lunar Wastes. She’s not a bad fighter, but she’s ill equipped to handle the wastelands. When betrayed and left for dead, she’s rescued and taken into a strange tribe of people… people who can shapeshift into wolves. Lnther’s Rescue: Raine Lancer is a witch. An enchantment witch with a big secret. The secret itself means she’s unlikely to ever leave the inn she runs – but the werewolves of Lunehill are searching for witches, and know of her existence here. However, the powerful enchantments Raine can make, paints a target on her head. One that results in trouble coming to her inn… Vrin’s Rescue: Yarrow of the Dreadwood clan is a lightning witch. She’s part of the tentative call to arms from the werewolves of Lunehill, under the leadership of Erlandur Malgrave, a strange knight encased in Shadow armor. She’s watched over by a Lunehill werewolf, Vrin, and all the gathered werewolves and witches set out to travel to the Fractured Spine clan’s abode. Though she’s a proud and strong Dreadwood witch, there are some fights that may be too much for her to handle… Erlandur’s Rescue: Faith of Ghost Lake has never been beaten in battle. She fights with swords, and bears the uncanny gift of a combat witch – someone who fights with intuition on their side, always knowing when to dodge and when to strike. When she joins Erlandur Malgrave’s scouting party over the mountains, to encounter the mysterious Fractured City, origin place of the Shadows for the first time – something goes terribly wrong. Though she does everything she can to save herself and Erlandur, the mountains are an unforgiving place to survive in… Nox’s Rescue: Echo is a Shadow of the underbelly who has full access to her humanity. She doesn’t know how or why, but unless she casts her magic often, she’s prone to losing it. Her ability to split her soul in two, to create her Shadow self known as Monster, is a versatile and useful weapon. When travelling back from the Fractured City maket one day, she encounters a surviving member of Erlandur’s scouting expedition, Nox. She takes him back to base to heal, but there’s still more members to find… and a deadly secret to uncover. Loras’s Rescue: Kell of Crescent Island is a telekinetic witch, with a small dash of insight. She’s also part of a isolated, solemn tribe across a frozen sea, who guard ancient history. They pass that history to anyone who may visit, and tend to the graves of their many dead ancestors. She waits for Erlandur to return once more, and her life changes forever when he arrives, along with a small band of werewolves and witches… along with a Shadow as their ally. Their purpose for being here is beyond anything she could ever imagine… Malek’s Rescue: Geraline of Ghost Lake is a talented fire mage. She’s also placed in defense to guard the tunnels beyond the Fractured City – tunnels that house many Shadows, which could threaten to destroy all their hard efforts, if they flank the army gathered to fight the enemy in the Fractured City. No one knows if they’ll make it out the war alive.

$0.99
Deal available through Jun 21(Price may have changed) 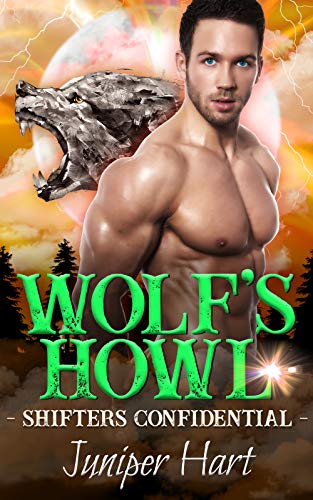 A dangerous mission that's gone awry. A gorgeous stranger with mesmerizing eyes. This is a recipe for disaster. I was recruited for a very important mission. After nine months of intense training, I am committed to the cause. I have a crucial role in saving the world. However, relocating to the middle of nowhere was not supposed to be part of the plan. Of course, Iceland is gorgeous. But it’s also dangerous—just like my current situation. Things have gone from bad to worse so fast that I don’t know if I’ll ever recover. Will I ever be safe again? Nicoy did save my life once. He’s irresistible with that perfect body, rustic good looks, and smoldering eyes. Can I truly trust him, though? This mission is unraveling fast and I have to make a decision. I just hope it’s the right one…