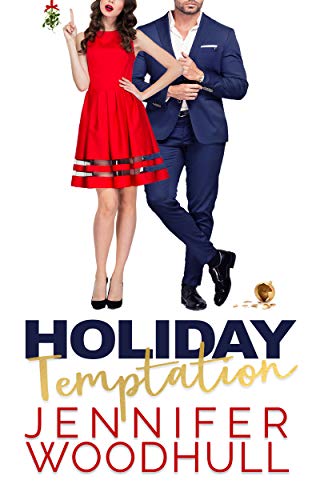 Her new boss hates the holidays, but she'd love for him to stuff her stocking. Chloe When I wrote last year’s list of resolutions, I had it all. A successful fiance, a great group of friends, a job I loved...I was living the dream. Unfortunately, my best friend and my fiance decided to hold the wedding without me. All those amazing friends I had decided it was too awkward being friends with me and the happy new couple, so guess who suddenly found herself home alone every Saturday night? Yours truly. But me? I’m good! I’m not going to let any of my problems ruin my favorite time of year. I've even got an amazing new temp job that's the most promising thing I've found in months. Except...I didn’t count on my new boss being the Adonis who came to my rescue a few weeks ago...the same one I thanked with the hottest kiss of my life. Bah-humbug. Liam I don’t do relationships—not since my marriage fell apart. I focus on my business, and am perfectly happy on my own. The only woman I need right now is a decent assistant to replace the one out on maternity leave. Imagine my surprise when he gorgeous brunette I’ve been daydreaming about, the same one who lip-locked me at a bar a few weeks ago, shows up at my office with her curves, her optimism, and her holiday spirit. She’s temptingly gorgeous, and dangerously close. I have to find a way to distance myself before I lose all control. Holiday Tempatation is a funny, sexy, standalone, holiday romance. 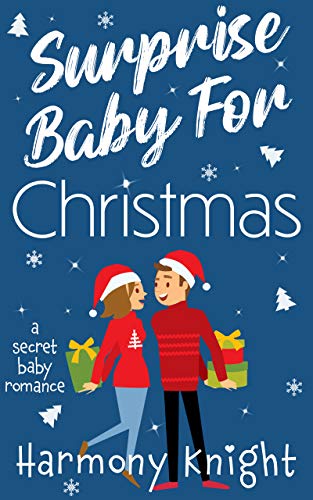 Baby, it's cold out. Nine months ago, I hooked up with the funniest, hottest, most amazing woman. It was supposed to be a vacation fling. She'd broken up with her ex. I don't do commitment. I was totally cool with 'what happens in the skiing lodge, stays in the skiing lodge.' And damn, did a lot happen. All over the place. In all kinds of positions. Over and over again. I was stupid to agree with her rules. Stupid to let her go. Then I see her walking down the fairy-lit street, a couple of weeks before Christmas. Our eyes meet and the chemistry is still hot enough to melt snow. She's even more gorgeous than I remember. She's radiant. I've got a bulge bigger than Santa's package, and all I want for Christmas this year... Is her. I'm not letting her go again. So what if she doesn't believe in love? So what if I've never 'done' commitment. One look into those big blue eyes and I know she wants me too. We end up in the ER on Christmas Eve along with a few dozen drunks. But I'm sober as a judge when the doctor tells me, 'She's in labor'.

Lose Your Shirt by Amanda Aksel 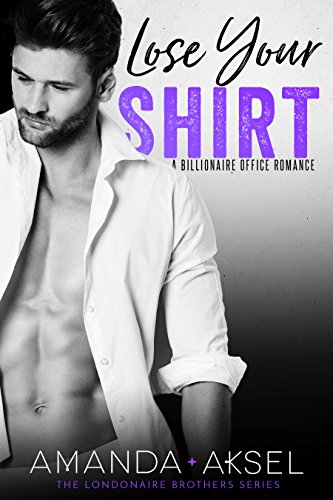 Lose Your Shirt by Amanda Aksel

A feisty fashion mogul. A billionaire financier. One rule they can’t break. Liz McKenna’s fashion business is solid. But she’s ready to take it to the next level. Bonnaire Enterprises has the capital she’s been seeking and all she needs to do is travel to London in the middle of December to seal the deal. Kent is a money guy, and not just because he’s a born billionaire. The future CEO of Bonnaire Enterprises is ready to accept his new position when he’s served with a lawsuit instead. If he wants to secure his future at the company, he’ll have to take on a fake fiancée and keep his hands to himself. But when the gorgeous, feisty Liz becomes his newest client, he questions his priorities. Behind closed office doors, Liz and Kent must choose between professionalism or losing their shirts. Lose Your Shirt is a holiday billionaire office romance. If you like bad boys in suits and snow ball fights after office hours, then you’ll love Lose Your Shirt. Get Lose Your Shirt to satisfy your craving for that HEA today! 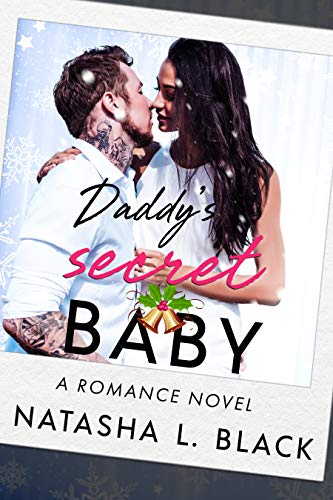 Losing her the first time damn near killed me. We were kids then, crazy in love. Her dad found out, and just like that, I was shipped back to college early. No goodbye, nothing. After that, I always found an excuse to stay away. Nothing short of my dad’s cancer could’ve brought me back to town. Now I find out I have a child, one that was kept a secret from me. I’m pissed. I’m hurt. I’m confused. And I can’t get Ari off my mind. The woman she’s become, so beautiful and strong. An artist who put her life on hold to support her child—our child. All those years ago, we broke each other’s hearts. We lost everything. Can we ever get it back? Is it too late for a second chance with my first love? Or will Santa bring me everything I've ever wanted this Christmas?

$0.99
Deal available through Dec 04(Price may have changed) 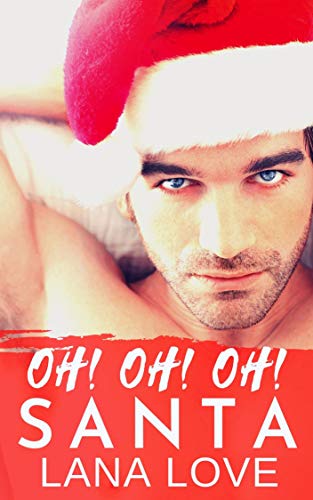 All this rock star Santa wants for Christmas is his curvy elf! Dressing up as Santa at the local mall was a PR stunt dreamed up by my agent. Filling the Christmas wishes for kids was an easy job to say yes to. And then I saw her. She doesn't recognize me because of this Santa outfit, but we spent one scorching night together...but she ran off in the middle of the night. I've never stopped thinking about her, never stopped wanting her. Now that I've found her, I want her more than ever. When she lets slip that our night together resulted in something...more, I know that this curvy knockout is the woman I'll write songs about for the rest of my life. I'm going to make her mine. OH! OH! OH! Santa is a short and sizzling older man younger woman, instalove, rock star, secret baby, holiday romance (whew! that's a lot!), perfect for a pick-me-up during your day or just before bed. Guaranteed sweetness and HEA, no cheating, no past relationship drama -- just one hot world-famous rock star and a curvy Christmas elf discovering their perfect match and starting a song-worthy future together. Are you ready for some oh! oh! OOOHHHH!? 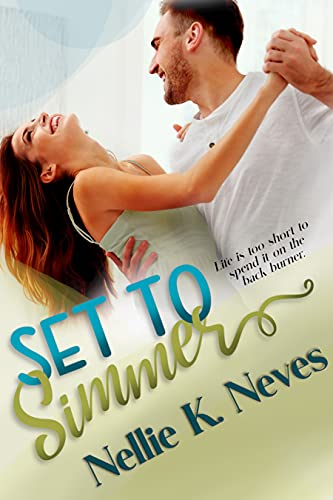 Life is too short to live on the back burner. Sawyer Dumont is made of sarcasm and steel. Successful, rich and easy on the eyes, it's not his fault women don't stay around long. They should really try to be more interesting. Despite his career as a cardiovascular surgeon, Sawyer knows very little about matters of the heart. So what if his longest lasting relationship is with his father and his quirky aunt who stepped up to raise him? If he could just find them a personal chef to help them through their golden years, then life would be perfect. Slinging drinks and lighting shots on fire is a far cry from the dream Dakota Brightling had when she moved to California to attend culinary school. At work she watches others live her dream just twelve feet away in the resort restaurant. Story of her life: Close but not close enough. Finding an ad for an in-home chef, she knows she's the perfect candidate. She's only missing one thing, a culinary degree. But isn't chasing your dream worth a little lie or two? It isn't exactly the path she wanted, but Dakota knows that some of the best recipes are often improvised. Instantly taken with Henri Dumont, and his sister, Eloise, two eccentric French seniors, Dakota feels like she's found where she was meant to be all along. With Sawyer's cynicism undermining her every move, she knows she has a lot to prove. Between her lack of schooling, her overbearing mother who thinks she's been abducted, and Sawyer breathing down her neck, things are getting hot in the kitchen. Can she pull it all together, or will her culinary career end as just another flash in the pan?