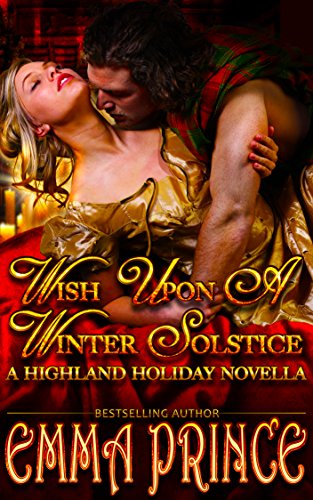 Deep in the Scottish Highlands sits an ancient well fabled to grant true-love’s wish to those who visit it near the winter solstice. To test the powers of the legendary well, Keita Cameron trespasses onto the lands of her clan’s enemy. She never expects to come face to face with the man they call the Demon of Loch Moy—or succumb to the dark heat her captor stirs within her. Nor does Lachlan, Laird of the Mackintoshes and keeper of the well, ever hope to love again after shrouding himself in isolation and pain for ten long years. But when Keita warms his cold heart, can love overcome all obstacles, or will their clans’ hostilities destroy their wish? This novella-length Scottish historical romance is holiday-themed, but can be enjoyed any time of the year. Pick up your copy today! 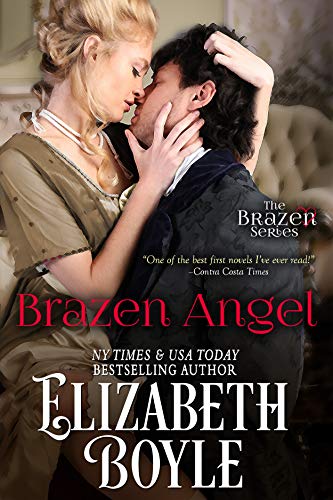 The Marquess of Trahern has come home to honor his father's last request and marry a woman he’s never met. But Giles will soon discover that behind the fragile, ailing facade of his intended, Lady Sophia, lies a mistress of disguise–the irresistible Brazen Angel who is about to lure him into a reckless passion that threatens to destroy them both.

$0.99 FREE!
Deal available through Aug 25(Price may have changed)

Julia and the Duke by Samantha Holt 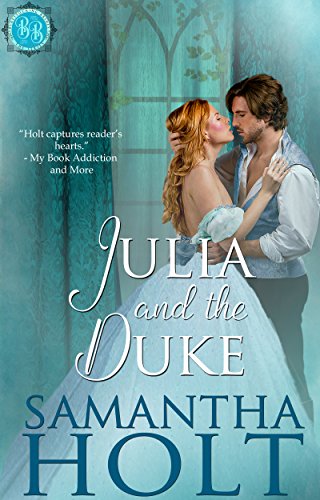 Julia and the Duke by Samantha Holt

A new duke moving into their sleepy village doesn't interest Julia, especially when she hears all about his scandalous behavior. When she hears of his plans to build a mill at her favorite nature spot she knows she must stop him. His charming manners and good looks will not change her mind. Will it? 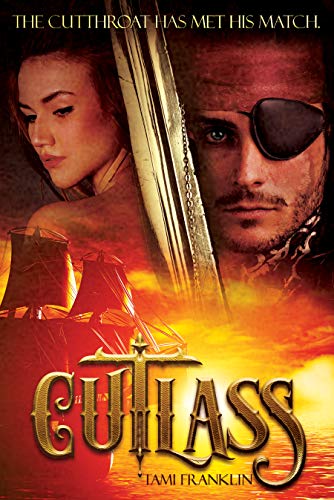 A quest for vengeance. A high-stakes treasure hunt. An attraction they both try to deny. Convinced One-Eyed Jack Tremayne killed her father and stole his prized cutlass, Sarina Talbot sneaks aboard the pirate’s ship to exact her revenge. To her surprise, she’s met by a declaration of innocence and an offer of help. She doesn’t trust him, and he doesn’t trust anybody. But they need each other to catch the killer and beat their enemies to a hidden cache of Aztec gold. They’re not the only treasure-seekers, however, and there’s a traitor in their midst. Caught between Crown ships and enemy pirates, Sarina and Jack discover a prize greater than gold as their uneasy alliance leads them on the adventure of a lifetime. 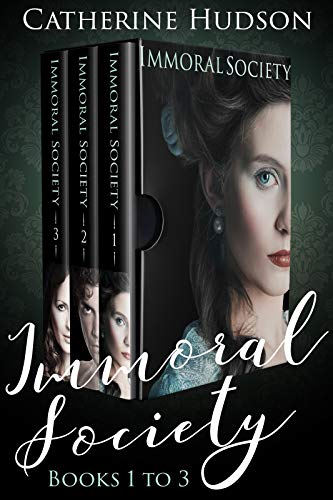 One woman. Two men. Book One On attending a season in Bath in 1787, what woman would not want to have fun at the dances, visit the theatre and have the chance to meet handsome young men? Feeling jaded from a rather raucous season in London, Anne Sheldon, a beautiful, high-spirited young woman reluctantly attends Bath, the pleasure capital of Georgian England with her family. Reluctance quickly turns to anticipation when she meets Charles Carroll, a charmingly handsome, and very eligible young man; a man who very much has his eye on the women. Meeting one night at a ball in the Upper Assembly Rooms have Anne and Charles finally met their match? Instantly she captivates him, and never has he met a woman quite like her. Too, she is fascinated by him and instinctively Anne wants to get to know him. In that one moment Charles is under Anne's spell, but not only does Anne desire the alluring Charles but many others do too. Popular with the women, Anne has competition on her hands. Primarily, competition in the name of her sister, Josephine, who is used to getting her own way. Prepared to fight for him, Anne is willing to do anything to secure the love of her life, even though it might betray her family. If Anne does not triumph, then her happy ending is at stake. ...And More! 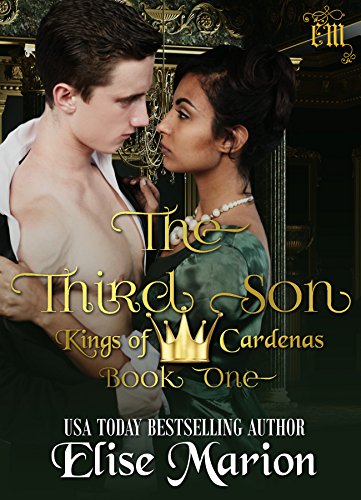 Rake. Rogue. Scoundrel. Each of these words has been used to describe Damien Largess, youngest prince of Cardenas. But when he steps into a glittering ballroom on the night of his twenty-fifth birthday, the roguish young prince’s life will be forever changed. Beautiful. Graceful. Sensual. When Esmeralda steps into king’s ballroom to perform for the prince’s twenty-fifth birthday, every eye in the room is upon her. One pair of eyes intrigues her most of all … those of Prince Damien, seeming to stare straight through to her soul. The two know nothing can ever come of their love; he is a prince, and she a Gypsy dancer. Yet, neither can seem to resist the passion that sparks when they are together, or the unmistakable call of destiny forcing their lives onto the same path. However, love is not the only thing destiny has in store … With a deadly plot against the royal family surrounding him in danger and intrigue, Damien will face a decision he never thought he would have to make. Will he step up to claim a responsibility that should never have fallen to the third son? Or will he abandon it to risk all for love?

$0.99 FREE!
Deal available through Aug 03(Price may have changed)