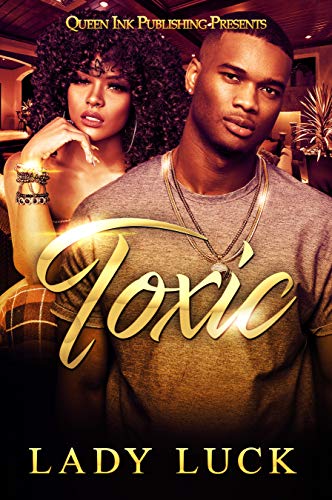 Chris was in love with his high school sweetheart Jasmine. While in college Chris became close to his classmate and things between the two became a little more then friends. While Claire Intentionally has Chris working extra hours at the office, at the house things are starting to crumble. Unbeknownst to Chris, this move could be a deadly mistake.His relationship with jasmine could be on the verge of a meltdown as old secrets, new love and deep betrayal surface causing a deadly storm that nobody is safe from. Find out in this drama-thrill, page-turner: TOXIC

$0.99 FREE!
Deal available through Aug 04(Price may have changed)

The Ex’s Daddy by Victoria Snow 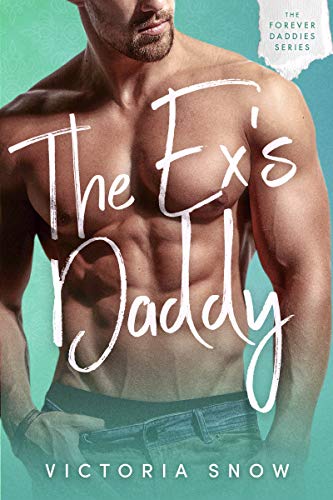 The Ex's Daddy by Victoria Snow

He’s twice my age, and my teacher. Yet, I am addicted to him. Everything’s going perfect until the day, I walk into his kitchen wearing nothing but a towel… And I’m introduced to his son. His son….my ex! Umm…Did I tell you I’m carrying Professor [email protected]’s baby! 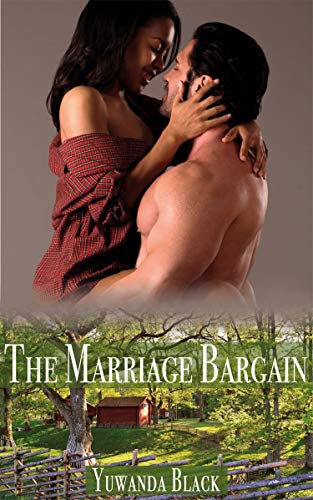 'You will accept my proposal, Daria. You will become my wife.' 'And what makes you so sure about your proposition?' I said. God I wanted to knock that smug smile off his addictively handsome face. 'Because you have no choice. So why fight it? Besides, it’s only a year. What have you got to lose?' Everything! I wanted to scream. My hopes. My dreams. Genuine affection. Real love. I’d be giving up all of that if I agreed to become his wife — even if it was only for one year. What would be left of me after? I had dreamed of being Glory Falkner’s wife a thousand times since I first met him at ten years old. But never once had my fantasy played out like this. And that’s because it is fantasy, a tiny voice whispered in my head. I turned around to face him. 'We all have choices Glory.' 'In theory, yes. In reality, no. In your world, you may not have realized that fundamental truth. But you live in my world now.' 'And what world is that?' I asked, my arms folded across my chest. 'The real world,' he said, reaching over and tucking a tendril of hair behind my ear. 'In the real world dearest Daria, only those with power have choices.' I could feel the thumping of my pulse on the side of my neck where his hand had come to rest. He was so sure. So confident. And no wonder; tears stung the back of my eyes as I realized the truth of what he said. I don’t think I’ve ever hated another human being as much as I hated him at that moment. *** 'Alright Glory, you have yourself a wife. But if you ever lay a finger on me, you will regret it. That I can promise you,' I finished, my eyes never leaving his. His thumb caressed the side of my neck, the pulsing of my vein mocking my words. 'I like my women ready, willing and able Daria. I don’t see you qualifying on any of those fronts. So don’t worry darling, your virtue is safe with me.' *** I watched Glory’s broad, ram-rod straight figure disappear through the large glass door. I’d managed to save my beloved art gallery from bankruptcy, but at what cost? Would my heart pay the price for something much more valuable?

$3.99
Deal available through Jul 25(Price may have changed)

Crashing In On Love by Taylor Love 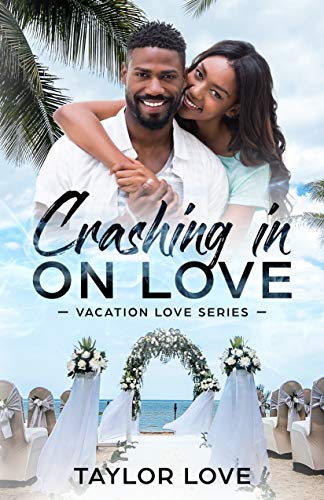 Crashing In On Love by Taylor Love

After crashing a wedding in Jamaica can two strangers find love? Tamara Reed is a jaded divorce lawyer with a 'tiny' soft spot for love. Crashing a wedding while on a much needed vacation, leads to one hot night with Ben Thompson. Wanting to forget it, she sneaks back home to 'real life'. But what’s a girl to do when island boo comes tracking you down? Do you take this unexpected opportunity with both hands? Or let fear of the unknown keep you from love? 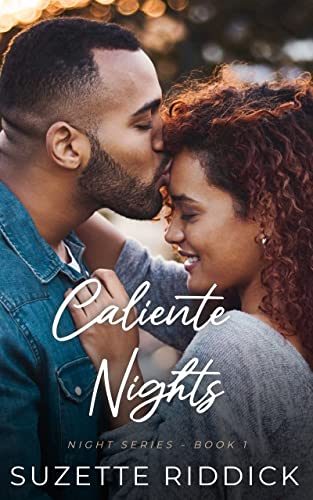 Nursery school teacher Jeanette Adams is struggling to keep her family owned business afloat. Working days at the school and nights as a department store clerk is taking its toll physically on Jeanette. When things couldn’t get any worse, she finds herself in a situation that will further burden her financially after she crashes into a luxury vehicle. Romance is the last thing on her mind; that is until she comes face to face with the owner, undeniably sexy, Alonzo Castro. Professional athlete Alonzo Castro has had it with gold-digging women. All he wants is to meet a woman who isn’t interested in his status or bank account. Beautiful, car-wrecking, Jeanette Adams is the breath of fresh air he’s been craving. Determined to make Jeanette his, Alonzo pursues the sassy teacher despite his parents' desire for him to marry within their nationality. As the couple’s relationship is thriving their love is tested when Alonzo doesn’t come clean about his past. When his secret is outed by a trusted friend will Jeanette be able to forgive him?

The Wildes of the West #4 The Boot Hill Express by A.M. Van Dorn 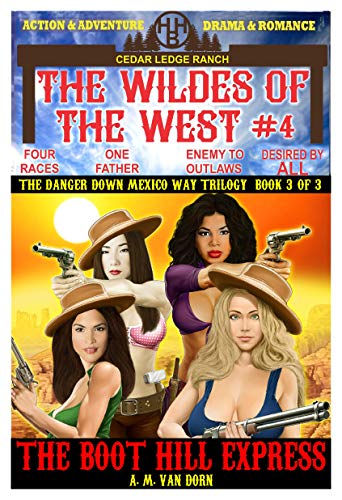 The Wildes of the West #4 The Boot Hill Express by A.M. Van Dorn

FOUR BEAUTIES, THREE SEXY SEPERATE ADVENTURES AND ONE EXCITING CONCLUSION IN THIS FULL-LENGTH NOVEL CONCLUDING THE DANGER DOWN MEXICO WAY TRILOGY ! It's the epic conclusion as home in Arizona awaits but bandits rule the day as the Wildes slug it out south of the border. Cassandra and Catalina find themselves hot on the trail of a band of ruthless killers in search of long-buried loot. With a hostage's life on the line its a race against time to free her and retrieve the fortune before sunset. Miles away when Katie Dodge falls into the hands of cutthroats Honor Elizabeth must marshal a ragtag team of replacements for her adventurous sisters and launch an audacious rescue. In the neighboring valley, separated from her brother, Lijuan must stand alone in a desperate attempt to fight off an entire gang and make her way to safety, but it seems luck may have finally run out for the Asian hellcat. As these daring adventures punctuated by their trysts of pleasure are laid bare to Allie Mastluehr in 1913, she finds that present day Alamieda proves just as dangerous as 1873 Mexico as forces conspire that may cost her the love of Connor Kincaid and her very life!

$2.99
Deal available through Mar 22(Price may have changed)