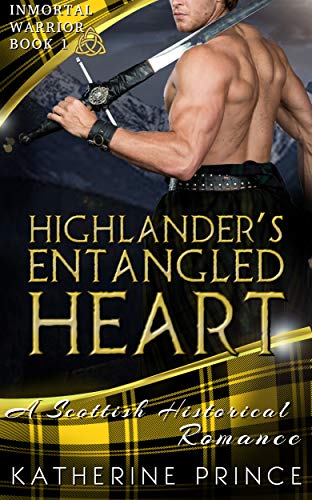 They must fight the demons of the past to have a future… A woman without choice… Aileen McNod’s first marriage was not the kind of thing a young girl dreams of. But in fourteenth century Scotland, a woman doesn’t have much say in who she’s to wed, especially when she’s a relative of the king of Scotland. In the eternal game of alliances and court intrigue, even a pawn like Aileen has a role to play, however unwanted. Though she’s now widowed, her abusive husband left her full of self-doubt and fearful of any man’s touch. Is it any wonder she’s dreading being forced into a second arranged marriage? A warrior with secrets… From all appearances, Alexander McDanagh is a strong, brooding warrior and swordsman. Not the sort of man to harbor a hidden soft side. He may not be excited about marriage, but that’s how powerful clan alliances are forged. But Alex’s handsome exterior hides a dark past and secret desires. Desires so dark they would make any sane woman run for her life. The flames of desire… Against what either of them wishes, Aileen and Alex are wed at the festival of Beltane, under the shadow of the great Tantallon Castle. And yet, from their first touch, desire ignites between them. But will they have the courage and strength to overcome the demons each of them are fighting, or will their tortured pasts destroy any future happiness they might find?

$0.99
Deal available through Jun 11(Price may have changed)