What Happens in Vegas by Tarrah Anders – Crave Romance

What Happens in Vegas by Tarrah Anders 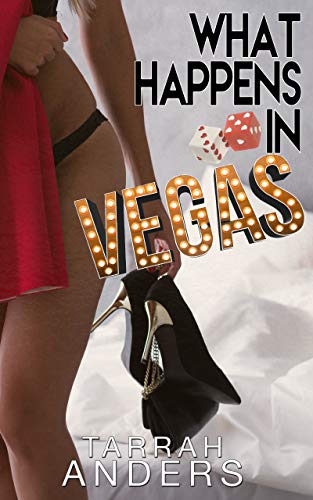 What Happens in Vegas by Tarrah Anders

They say what happens in Vegas, stays there, and that’s exactly what Peyton is counting on. After waking up in a hotel room that isn’t hers, next to a naked man she doesn’t know, with a ring on her finger and no recollection of the previous twenty-four hours, she hops the first flight back home with two new mantras. Whatever happened, happened. And no looking back, only forward. Only a few months later, her past shows back up on her doorstep in the form of one very determined husband. A few months ago, Maxwell woke up alone in a hotel in Vegas with a hangover and a lingering feeling that something important had happened to him the night before. Unsure if his vague memories were real or just a dream; he hired a private investigator. Now that he’s tracked down his accidental wife, he’s determined to get a divorce. Or is he? Face to face, the words don’t come and instead he finds himself asking his wife if she’d like to go on a date. Is it possible their one night in Vegas was meant to be more? Can they make a relationship work? Or is divorce really the only option when what happens in Vegas follows you home?

$3.99
Deal available through May 19(Price may have changed)