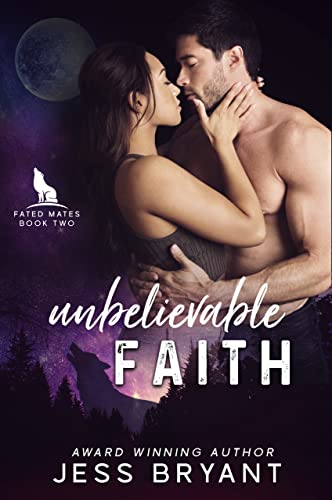 Fate can be cruel. Luna DeLuca has lost everything except for her faith in herself. Kidnapped, tortured and threatened by a male that’s already killed half her family, she knows the only way to save the other half is by offering herself up to him. To save her sisters, she’s willing to do anything, even accept a claim from a male that isn’t her mate, a mark on her soul that will ruin her forever. But if this is what her family needs, what her pack needs, she’ll do it to save them all. Fate can be twisted. Michael Hudson thought his mission to save the neighboring Crescent pack was about helping out a friend. He thought it was about avenging an attack on his own. But the second he sets his eyes on the beautiful girl locked away in a dank basement he knows she’s why he was put on the face of this planet. She’s the reason he’s here. She’s everything. She’s his. His mate. His fate. His future. Only, she bears the scent of another and is nothing like what he imagined his fated mate to be. But fate can also be kind. As brave as she is, Luna’s wolf is submissive and submissive wolves aren’t meant to lead packs. They aren’t meant to be Queens. She knows that. So does Michael. But when he refuses to give up on her, refuses to walk away or back down, she begins to see why fate put them together. She softens him and he strengthens her and maybe, just maybe, if they believe in fate enough they can find their way to forever.