The Contract by Miranda E. Matthews 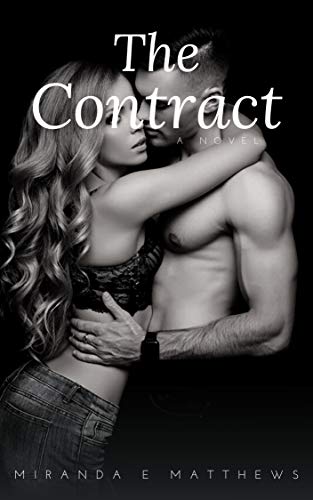 The Contract by Miranda E. Matthews

FREE on KU 'You must do as I say—everything I say—no questions asked. No matter what it is.' 'Oh—kay…Is that it?' Abruptly, he stands and claps his hands. 'Good. We’re settled on the preliminaries, then.' He pads over to his desk and scribbles a few notes on his legal pad. When he returns, I’m sure I see hunger in his eyes. Burning, raw, animalistic hunger… 'Now, for your punishments.' *An explicit romance with an HEA and NO cliffhanger. For mature readers. 18+ Everett William is Seattle’s richest man, and most eligible bachelor. He wants one woman: Analise Winters. And he won’t rest until he has her… When nursing student, Analise Winters, makes a sudden career change, she seeks out real estate mogul Everett William for his mentorship. But when she meets him, she doesn’t expect him to be the sexiest man she’s ever seen. She doesn’t expect him to be intimidating, or to want her. Nor does she expect to have to sign a contract, one that requires her submissive obedience. They call him Lord of the Tower. He rules his real estate empire from up high in his mirrored skyscraper in Seattle. He wants Analise with fierce intensity. And he’s used to getting what he wants. Too soon, she finds herself wanting this man right back, despite his possessive controlling needs. As she’s held captive by the tycoon, tempted by his world, she finds it impossible to deny his temptation, and his every command.

$2.99
Deal available through May 10(Price may have changed)