The Empress of Konin (The Konin Romances Book 1) by M.D. Loveheart – Crave Romance

The Empress of Konin (The Konin Romances Book 1) by M.D. Loveheart 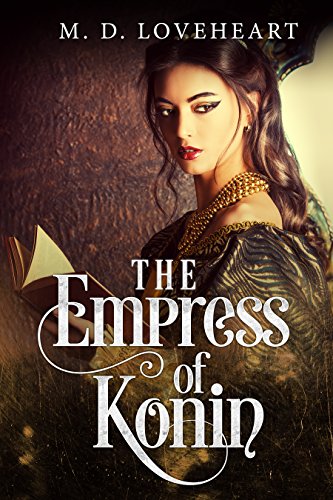 The Empress of Konin (The Konin Romances Book 1) by M.D. Loveheart

'She was a woman desired by all, but only one could have her.' A hush falls over the kingdom of Konin when Emperor Abasi falls ill after returning from a war that’s lasted over a decade. Konin has been left without a leader when Abasi’s illness spirals into sudden death. Isis, the Empress of Konin by blood, is the only leader that the country has left, and she’s presented with a new challenge when her rule is opposed by powerful men. She’s left to pick up the pieces that have fallen in place after Abasi’s death while convincing her kingdom that she’s fit to rule, and the only reprieve that she’ll get from this madness is the company of a handsome servant with eyes that she could drown in. The addition of a manly distraction makes for a new, hectic world that’s dangerous for more than one reason.

$0.99
Deal available through Apr 29(Price may have changed)