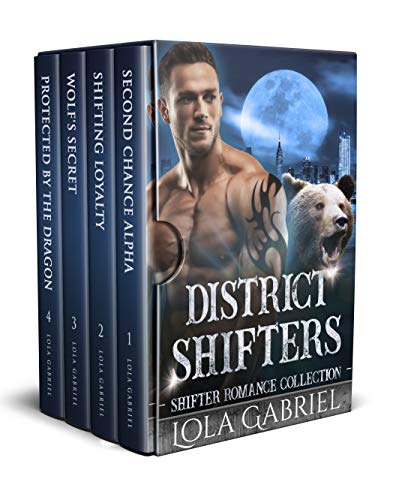 Four HOT shifter romances that will keep you begging for more. Brianna thought she escaped the cruel hands of a Matchmaker, but fate had other plans and an alpha wolf is the only one who can save her. Brianna Lake moved across the country after a Matchmaker almost ruined her life by attempting to turn her into an immortal shifter and selling her to the highest bidder. In a small town in Nebraska, Brianna is just starting to feel safe again when she finds herself pulled back into the world of the immortals. Her friend is killed with a silver bullet, and Brianna knows it means one thing: her friend was a shifter, and she thinks her secret is out. Her search for answers leads her to Archer, a hot wolf shifter whom Brianna is instantly drawn to. She holds back her secret from Archer—that she has the genetics to be turned into a shifter. However, in small towns, secrets can’t be kept for too long, and Brianna is snatched by a hunter. Only Archer can save her, but is he willing to risk his own life? Will Brianna and Archer save each other, or will she end up a victim of a Matchmaker after all?