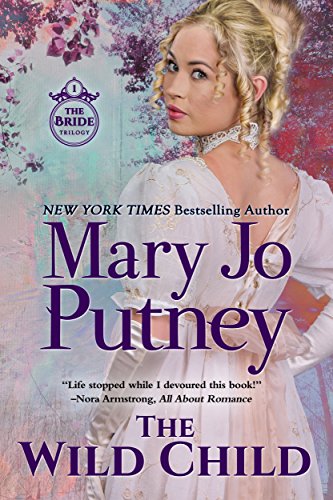 A mad heiress and a false fiancé... The younger son of an earl, Dominic Renbourne is offered an irresistible bribe by his arrogant, identical twin brother, Kyle, who is heir to the earldom. All he must do is take Kyle's place at Warfield Manor, where he is to politely court Lady Meriel Grahame, the orphaned and vastly wealthy heiress Kyle is pledged to marry. The deception need only take a few weeks and no one will be the wiser because the fey Lady Meriel lives in a world of her own. The last thing Dominic expects when he arrives is to be entranced by a silent sylph whose ethereal beauty is as stunning as her passionate love for Warfield's flowers and fields and creatures. Until now, Meriel has kept her distance from normal society, spending her days at one with nature and safe from the nightmare that nearly destroyed her as a child. She is content to live alone, until the handsome intruder begins to inspire dreams of the world beyond her sanctuary. He understands her as no one else ever has--and because she lives outside society's rules, she sees no need to restrain her desire for the man who is surely her destined mate. Though Dominic’s sense of duty helps him control his longing for his brother’s future bride, Meriel’s untamed spirit proves more powerful than he can resist. In her garden paradise, passion binds them body and soul despite the agonizing consequences. Can Meriel forgive Dominic's deceit once she learns he is not Kyle, and can Kyle forgive the betrayal of the brother who had once been closer than his own shadow? Then past and present collide in a dangerous cataclysm that may bring destruction--or lasting love and a hope for beginnings.

$4.99 FREE!
Deal available through Feb 23(Price may have changed)