Courting the Countess of Cambridge by Jillian Eaton — Crave Romance

Courting the Countess of Cambridge by Jillian Eaton 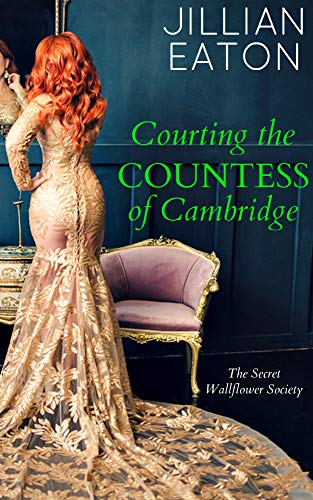 Courting the Countess of Cambridge by Jillian Eaton

Helena gave up on love the day she was forced to marry a lecher four times her age. Fortunately, the Earl of Cambridge did her the great service of dying on their wedding night. Unfortunately, she was stripped of all her worldly possessions and thrown out onto the street by Stephen, her late husband’s heir, an arrogant rogue with a heart of ice and the most piercing blue eyes Helena has ever seen. Saved from starvation by a mysterious benefactor, Helena has done her best to put her past behind her. Until her benefactor shows up in her parlor and his identity brings old feelings of mistrust and new forbidden passions swirling to the surface. Because the man who cast her out is the same one who rescued her…and Stephen has come to collect his due.