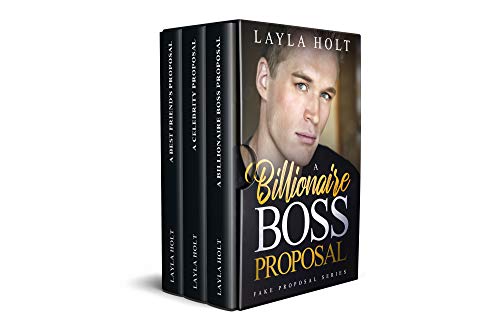 Blossoming love that begins as a fake romance, and sizzling chemistry. Happy ever after. Check. What else could a reader want? A Billionaire Boss Proposal: No one expects happily ever after to begin with a fake proposal. Least of all Zeke. Billionaire Zeke would do anything for his beloved grandmother, including faking a romance just to make the holidays perfect for her. A Celebrity Proposal: He’s a celebrity nursing a broken heart. She’s a teacher living a secret life. Their paths should not have crossed. A Best Friend’s Proposal: He’s a single dad who’s sworn off women. But who better to act as his fake fiancée than his best friend?