Cut Back to Life by Miranda Armstadt – Crave Romance

Cut Back to Life by Miranda Armstadt 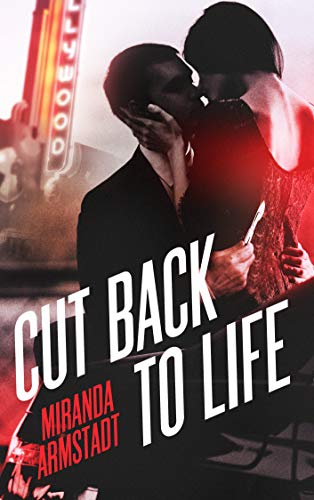 Cut Back to Life by Miranda Armstadt

She survived a traumatic childhood to become a Hollywood star ... Decades in show business have taught A-lister movie star Anna Porter a thing or two about men. But when severe pain derails her latest movie project, she meets a neurosurgeon who will turn everything she's ever known about them on its head. And when his magnetic chemistry hits her like a meteor, it doesn't take Anna long to realize the doctor holds more than her health in his well-trained hands. He can save everyone's life ... except his own ... Surgeon-to-the-stars Dr. Mark Scofield knows everything about fixing spines, but hearts are another matter. And getting involved with a patient is a boundary he's never considered crossing until Anna Porter comes to him for spinal fusion surgery. He'll fix her pain, but it will cost him plenty of his own when he can't resist her beauty and vulnerability. They'll be together, no matter the cost ... Anna's personal trainer and live-in boyfriend Roger Niles proves to be an obstacle for her budding romance with the doctor, who has his own professional and ethical knot to untangle. But the endless obstructions are no match for their intense passion. The movie star and the doctor can't walk away from the best thing either of them has ever known, not even when their relationship threatens their careers ... and then their lives. Miranda Armstadt's steamy and provocative debut romantic suspense novel with mature themes about a Hollywood actress and a celebrated neurosurgeon whose lives cross paths and change both of them forever will keep you on the edge of your seat.