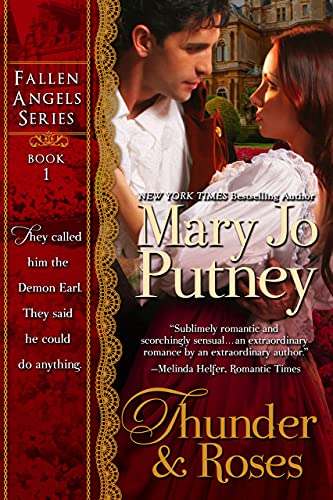 A Welsh Methodist minister's daughter changes her life when she appeals for help to Nicholas Davies, a half-Gypsy earl... They called him the Demon Earl. They said he could do anything. Son of a rogue and a Gypsy, Nicholas Davies was a notorious rake until a shattering betrayal left him alone and embittered in the Welsh countryside. Desperation drives quiet schoolteacher Clare Morgan to ask the Demon Earl to help save her village. Unwilling to involve himself in the problems of others, Nicholas sets an impossible price on his aid--only if Clare agrees to live with him for three months, letting the world think the worst, will he intervene. Furiously Clare accepts his outrageous challenge, and the two are swept into an intoxicating Regency world of danger and desire. As allies, Clare and Nicholas fight to save her community. As adversaries, they explore the hazardous terrain of power and sensuality. And as lovers, they surrender to a passion that threatens the very foundations of their lives.

$2.99 FREE!
Deal available through Sep 01(Price may have changed)