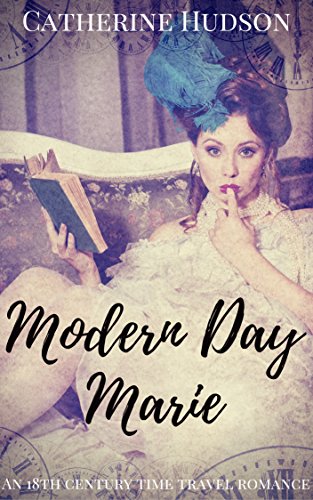 Sealed with a 21st century kiss ... Marie Hammond, a 21st century woman is upset when her boyfriend Scott dumps her. Left reeling, she tries to get on with life, but a few weeks later, her ex contacts her wanting to meet. A proposal Marie agrees to, wondering what he wants but before she has a chance to see Scott again, Marie wakes up in the 18th century! Specifically, she wakes up in 1782, smack bang in the middle of the Season in Bath, England. A century which is perplexing but yet so fun! That said, Marie is anxious to get back, get back to the 21st century until she meets Sir Marcus Alnwick. Handsome, authoritative and boy, rather trying - he has her head in a tizzy! A gruff manner, but there is something about him. Also, Sir Marcus looks fine in breeches ... Their introduction is rocky - Sir Marcus is shocked but pleasantly surprised by Marie's manner, and quickly the 21st century woman grabs his attention. Attention, which Marie is happy to have. Time shifts again, and Marie is forced to fight for the life she truly wants. It is imperative Marie solves the riddle of why she time travelled to the crazy, raucous Georgian period. Are Marie and Sir Marcus destined to be together? Only time will tell.